"I want to just connect my new GoPro session to my mac using USB, which should be quick and easy, plug and play etc. However, when I connecting GoPro to Mac via USB, the go pro changes but the mac cannot see it, so I cannot import photos/videos from GoPro to Mac."

You may encounter this problems. When connect GoPro to Mac, it won’t appear like an external storage appear on the desktop, even though you connected it successfully. This article tells you some workarounds for how to connect GoPro to Mac and how to import GoPro videos/photos to Mac.

#1. How to Connect GoPro to Mac via SD Card

#4. How to Recover Deleted or Disappeared GoPro Videos/Photos on Mac

If you want to import videos and pictures from GoPro to Mac, the very first and easiest way is to remove the SD card from GoPro and connect the SD card to Mac directly. It will appear as an external hard drive on your Mac desktop, letting you transfer footage from the GoPro SD card to Mac more conveniently.

You just need to: power off your GoPro camera > remove the SD card from GoPro camera > use an SD card reader or adapter to connect the SD card to your Mac. When connected, it will appear on your desktop > click to open the SD card hard drive, and you can see two folders: DCIM and MISC. The videos and photos are in the DCIM folder. And then you can easily import GoPro videos to Mac or import GoPro photos to Mac. 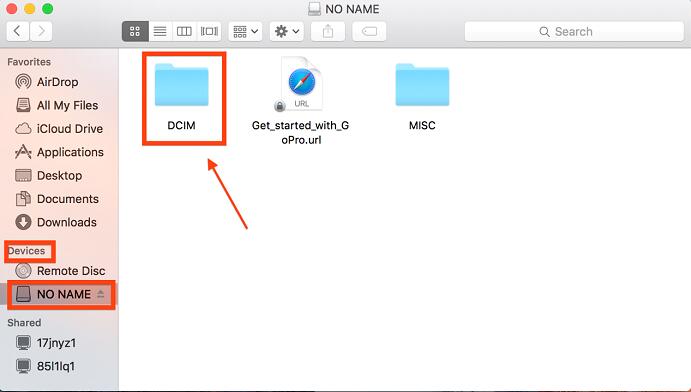 You must know that Image Capture is a default application on a Mac. It is used to import pictures and videos from devices to Mac. It works the same for GoPro as well. Here are the steps to connect GoPro to Mac and import gopro files to Mac:

Step 1. Use a USB cable to connect your GoPro camera with your Mac firmly.

Step 2. Launch Image Capture from your Mac (if you don’t find it, you can use the spotlight to search for it). From the top left, you can see the camera icon. Click it to select files to import photos/videos from GoPro to Mac. 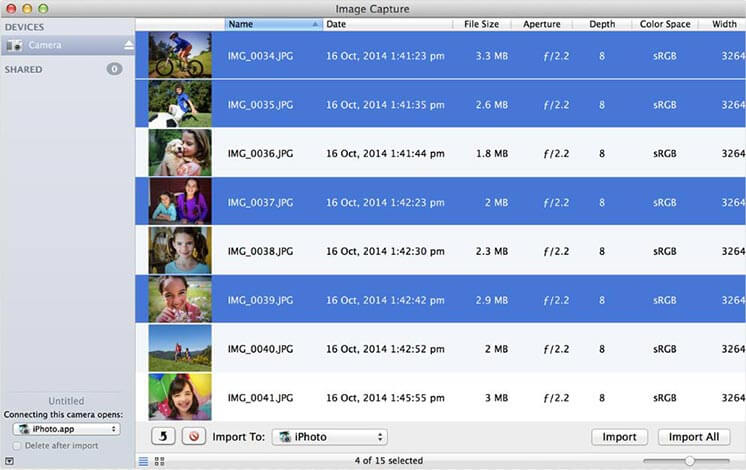 Step 1. You need to download and install Quik for Mac version on your computer.

Step 2. Use a USB cable to connect the GoPro camera with your Mac. 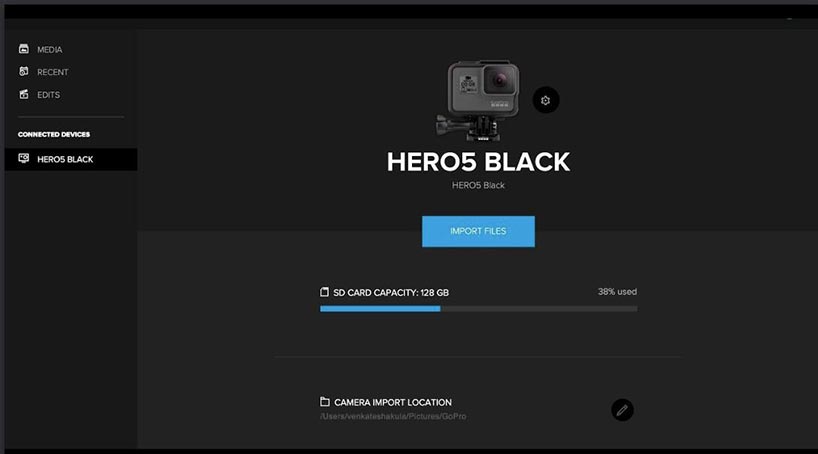 #4. How to Recover Deleted or Disappeared GoPro Videos/Photos on Mac

There are so many options, including the mentioned 3 ways above available to connect GoPro to Mac. However, when you connecting them, you should also watch out during the transferring process. Many people have complained that it seems it worked so well in importing files from GoPro to Mac, but the result is an empty folder with no file can be opened. What’s worse, after the importing thing, all footage and pictures on the GoPro are deleted automatically. If you lost the GoPro videos or photos due to the above-mentioned process, it will be a great pity. Fortunately, you may make it up by recover deleted GoPro files on Mac or Windows PC.

There are some file recovery tool that allow you to recover lost/deleted videos and photos from GoPro under Mac or Windows. iBeesoft Mac Data recovery is one of them. It fully supports recover videos and photos in GoPro, helping you scan GoPro SD card for the deleted or lost files. You might ask how could it be to recover files from GoPro. In fact, the deleted or lost GoPro files do not disappear right away. They are invisible and exist on the GoPro SD card. You need the data recovery tool to scan for them and recover them to your computer. Here are the simple steps for how to use iBeesoft Data Recovery to recover GoPro videos on Mac or recover Disappeared GoPro photos on Mac.

Click the download button to download the right version of iBeesoft Data Recovery. You can get the Windows or Mac version as you need. After then, install it on your computer.

Use a USB to connect the GoPro camera or the GoPro SD card with your computer.

Launch iBeesoft Data Recovery. In the main window, you need to keep Videos and Pictures selected. Click "Start" button to run the software.

In the next window, select the GoPro hard drive to scan and click "Scan", letting the software scan the data for you.

In the result window, preview the found videos and pictures, click "Recover" to save the target files to your computer.