How to Recover Unsaved/Overwritten/Deleted Files in InDesign

"Does InDesign have autosave? Why does my InDesign file keep crashing all the time? I’m really worried about losing the InDesign file. Is it possible to recover unsaved InDesign files?"

Nobody knows what will happen while using a computer, system crash, power off, software crash, accidental deletion, etc. And InDesign files are very important, if you haven’t saved the changes due to accidents, it’s very likely you’re going to losing them permanently. But you can try your luck to recover InDesign files. Here in the article, we’re going to introduce 3 ways for InDesign file recovery:

Part 2. How to Recover Overwritten Files in InDesign

Part 3. How to Recover Deleted FIles in InDesign

InDesign has built-in AutoSave feature, in case of people do not save the changes to a file in InDesign. If you haven’t saved InDesign file when the InDesign crashed/shutdown or computer restart, you can try to recover unsaved InDesign File with the following steps:

Step 1. Relaunch InDesign. After an unexpected shutdown, when you reopen InDesign, a pop-up will launch an automatic file recovery process, asking you whether you want to save the file with the version last saved or not.

Step 2. Click "File" > "Save Project As" to save the copy of the automatically recovered file. It’s how to recover unsaved InDesign file.

Step 3. If there is no file automatically opened when you relaunch InDesign, you need to go to the recovery folder to look for the AutoSaved InDesign file. Each user account has a separate InDesign Recovery folder. If InDesign can't locate the InDesign Recovery folder during startup, it re-creates the folder. On Windows PC, please go to: Users > your user name > App Data > Local > Adobe > InDesign > Version > en_US > Caches > InDesign Recovery. You can preview or open a draft you can find. If you haven’t named your project, it will be labeled as "Untitled Project1". Click "File" and then "save project as" to save it on your computer.

Part 2. How to Recover Overwritten Files in InDesign

Part 3. How to Recover Deleted Files in InDesign

As one of the famous data recovery software on the Internet, iBeesoft Data Recovery is professional and trustworthy. It helps you to recover all kinds of data lost due to deletion, virus attack, computer reset, system crash, software errors. It works great on Mac and Windows PC. You can fully depend on it to recover InDesign files on Mac or Windows when you find you have lost the files. Here in the following, let’s see how to recover deleted InDesign files with iBeesoft Data Recovery.

Click the DOWNLOAD button to get the latest version of the InDesign recovery software on your computer. There are different versions for both Mac and Windows PC. Choose the right version according to your computer system. Here we focus on how to recover deleted InDesign files on Windows PC. The steps are similar.

Next, launch the software on your computer. From the start-up window, you can see all supported files are listed. You just need to click "Start" to go ahead. 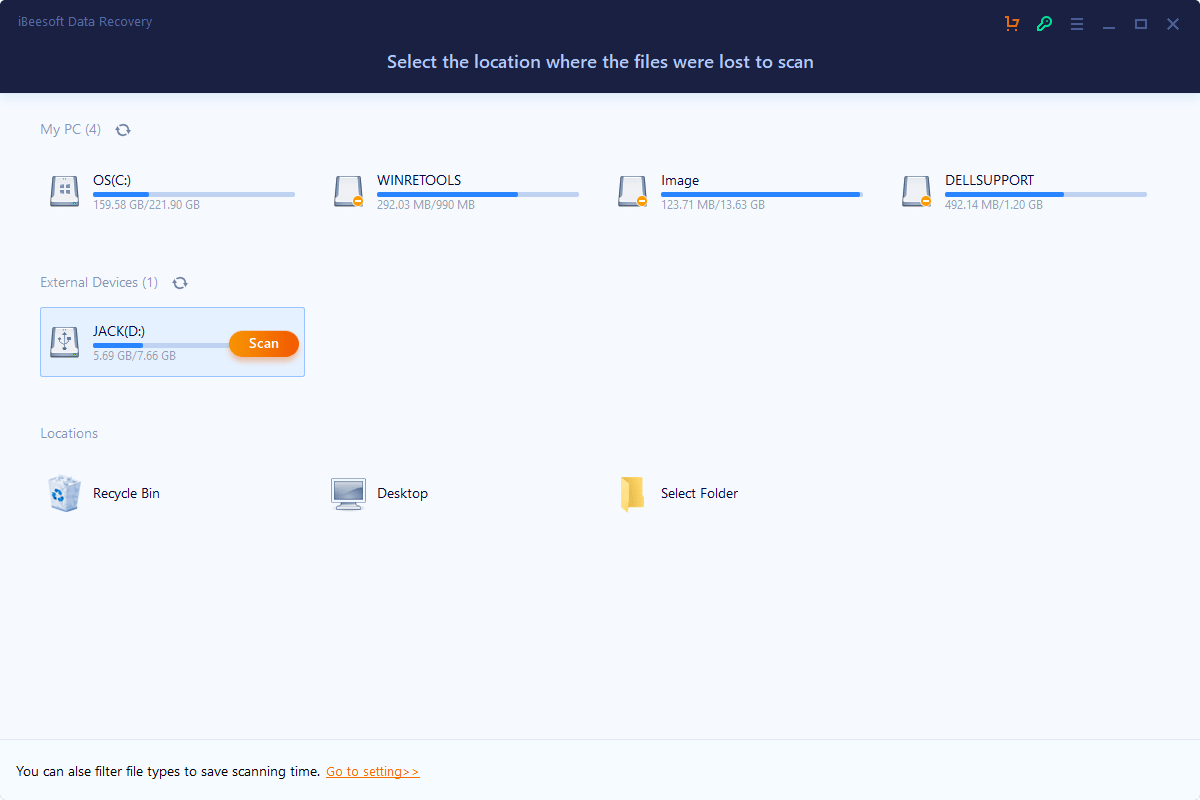 In the next window, you can see all hard drives as well as external hard drives if you have connected it with your computer. Select the one where the InDesign files were before the deletion. After then, click "Scan" to recover deleted files in Windows 10, Windows 7, etc. 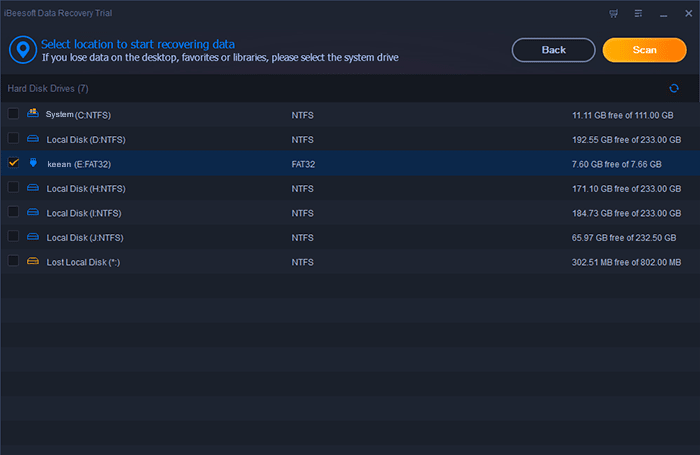 Last, when the scanning process is finished, you can filter file types in the left panel. Select files to preview on the right side. When find the target InDesign files, select them and click "Recover" to save them on your computer. 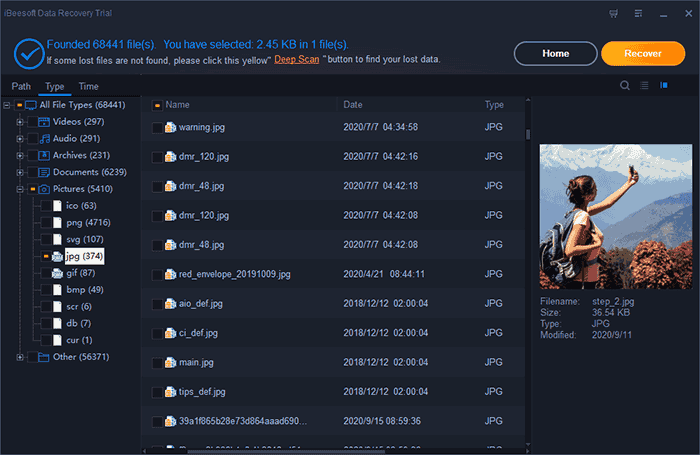